We Floated for an Hour and It Was Blissful

As much as we wish it were, life in Singapore, unfortunately, ain’t all exotic holidays, extravagant brunches, and decadent dinners. And if you find yourself wishing you could hit life’s equivalent of Control, Alt, Delete, it’s probably time to take a deep breath and step back for a serious r&r sesh. While we’d always advocate a luxurious spa outing or chilled yoga class, if you fancy trying something a little different, we recently stumbled upon a treatment that promises to calm and clear the head, relax weary muscles, and totally reset mind and body. Sounds amazing, right? Say hello to Palm Avenue Float Club…

Palm Avenue is the first and only float club in Singapore. During your 60- or 90-minute ‘float’ you’ll sink into what is essentially a private, ginormous Epsom salt bath and float without light, sound, or gravity for the allotted time. We know that sounds weird…stick with us.

Why would I want to do that?

Science says the benefits of floating in this blissed out state can enhance mental clarity, problem-solving abilities, and creativity. While the deep relaxation promotes muscle repair, relieves headaches, flushes out toxins, and helps you sleep better. Sounds exactly like the kinda antidote required for frazzled urbanites who work hard, and play harder. Interest piqued, we trotted off for our first float.

Arriving at Palm Avenue is like walking into a haven of peace and tranquillity. The reception area is light, bright, welcoming, and very, very calm. We were whisked straight to our flotation room that comes complete with shower and float ‘pod’ (remember the 80’s film ‘Cocoon’? Like that…), and given a brief intro on what to expect during the float. 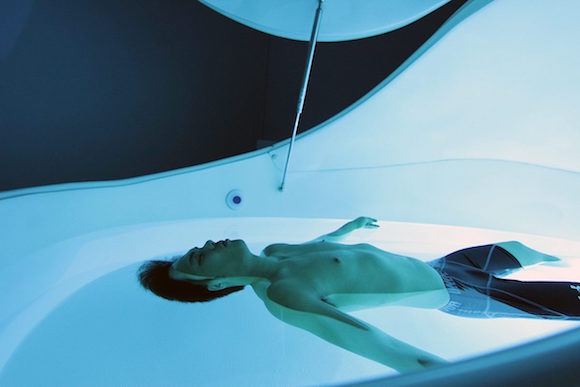 The pods are surprisingly large, easy to access (great news for claustrophobes like me), and have light-weight lids; if panic were to set in, getting out is easy and there’s even a panic button if you have a total meltdown (which we suspect is nigh on impossible given how chilled you’ll feel after a few minutes floating). The water is just deep enough to float, but not deep enough to worry those who aren’t confident in the water. Earplugs are provided to allow you to fully relax your head and we’d recommend wearing them (unless you want an earful of crystallised salt to be knocking around later).

For the first 10-minutes, there’s relaxing music and ambient lighting for company, before it’s lights out and silence for the remainder of the treatment. At this point I was still feeling a bit dubious about the whole thing;  my mind continued to race and I had that awful drunk spinning-room sensation whenever I closed my eyes. I also questioned how on earth I’d make it through a whole hour of nothing (and no phone!). It also took a bit of experimenting to find my most comfortable floating position (yes, there is a myriad of floating ‘techniques’). 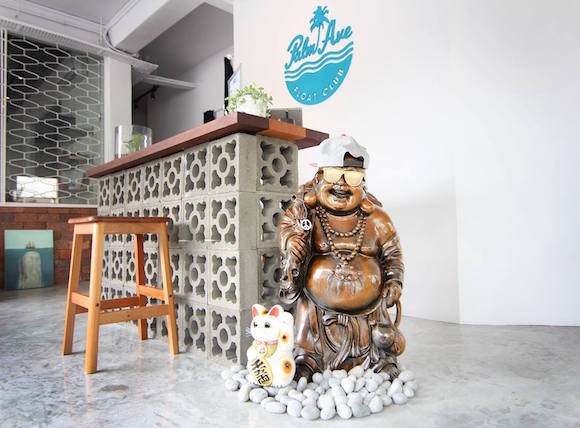 But then something magical happened; once fully relaxed (I realised I was tensing my neck trying to keep my head afloat – completely pointless given that’s what the salt is for) I started drifting off into a state of zen. I didn’t fall asleep but reached what must have been such a deep meditative state it felt as though I had been. I was genuinely shocked when the music started playing again to signal the end of the session. Where had the time gone? Had I floated for an hour? Once the lights came back, I emerged from my pod feeling rejuvenated (again, just like Cocoon!). Verdict? The best hour I’d spent in ages.

Once the floating is over, you’re more than welcome to hang around the welcoming lounge area to sip tea and continue chilling out. There’s plenty of comfy seats to lounge in, colouring books to continue the meditative state of mind, and plenty of mindfulness books to absorb. Truth be told, I didn’t want to leave and return to the hustle and bustle of the city. But then I remembered Camp Kilo Charcoal Club (directly beneath Palm Avenue) were firing up the grill and ribs awaited. An hour’s float followed by a delicious BBQ? Now that’s what we call #SundayGoals.

It’s $90 an hour, so perhaps not something we’d do weekly, however, for once in a while chill time it’s a godsend. If you’re feeling fried, have been burning the candle at both ends, or are generally feeling overwhelmed with life, an hour in these pods will leave you feeling calm, focused, and relieved of stress. Definitely worth a try.