Here at Urban Journey we are big fans of house music and we often spend our days writing, researching and jamming to our favourite hits blasting in our headphones. So when we were offered the opportunity to chat with Bob Sinclar, we were beyond excited to speak with one of our all-time favourite DJs. We got to sneak him into a quiet corner at CÉ LA VI before he hit the decks back on 25 Jan 2019 – where we got to grill him on everything from his childhood music inspirations to his favourite food (as we do….)  Let there be no confusion – that good-vibes DJ you see streaming out all the feel-good melodies of our 20s is exactly who you’d hope him to be: warm, lively, gracious and an all-around pleasure to speak to! 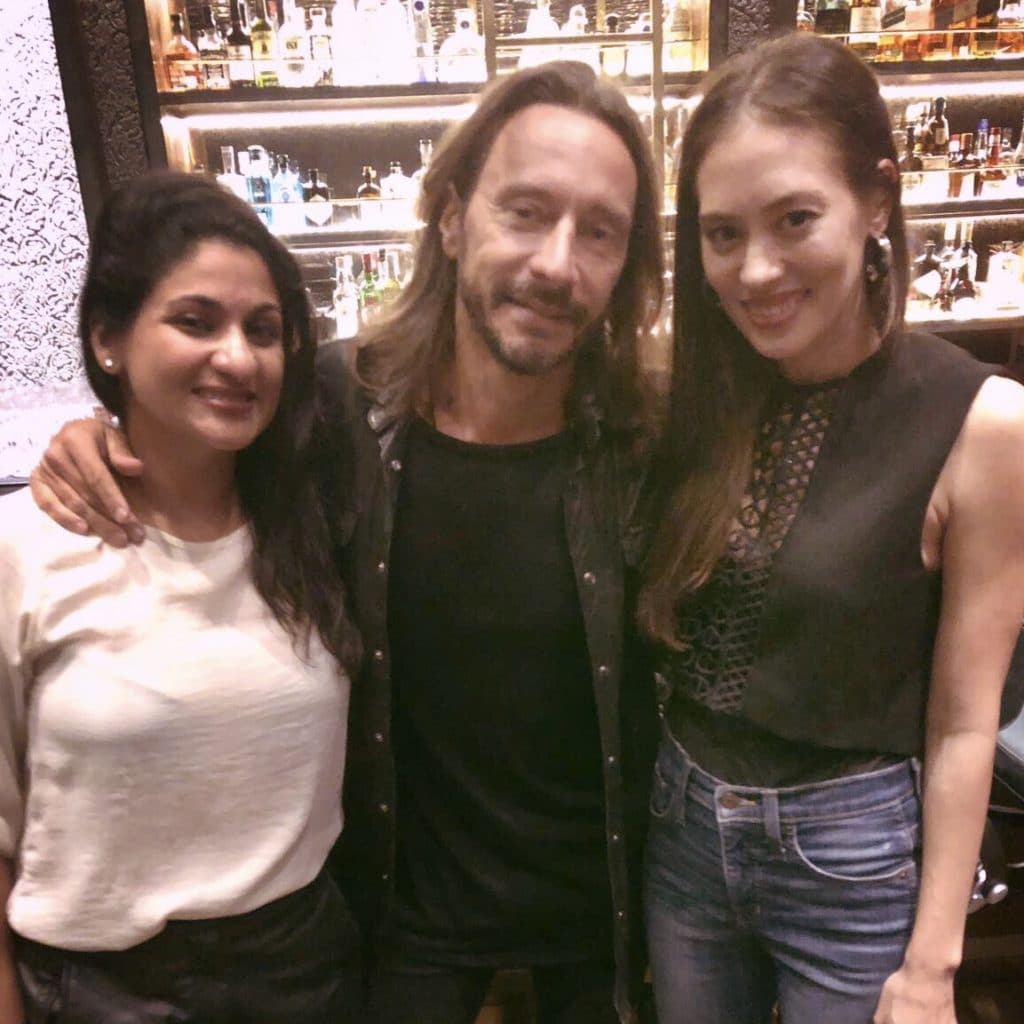 So here you have it… Check out our Urban Insider with Bob!

UJ: Is there an artist or a genre of music that really inspire your career?

Bob Sinclar: The original Gang Starr group. One of the members, Guru, passed away very young. 43 years old.  There was a great project called Jazzmatazz. It was the 90s. I was also a big fan of DJ Premier because he had a way to sample and to recreate, to play with the loop, recreate music with samples. So it was a genius or something. So I learned a lot about him and then also Kenny Dope, Roger Sanchez, all the masters.

UJ:  Do you have favourite track of all time from any of your favourite DJs or a song that always gets you really pumped up?

BS: I think the track that inspired a lot of people, DJs was Stardust. Music Sounds Better With You. Because it was one of the first times we discovered that it was possible to do a worldwide hit in your bedroom. Kind of. You know what I mean? So it was the explosion of the home studio. We had a sampler, we had just a compressor, the computer, and it was very, very quick with a raw energy in it and a singer. We could do something very strong. So it’s 1998, so I made also my first album in 1998. So Stardust Music Sounds Better With You was really inspiring. But I’m big fan of classics from Prince, Barry White. You know I love soul music and mainly African music.

UJ: We asked our readers if they had any questions for you, one of them loves your album ‘Africanism.’ Can you tell us more about that album.

BS: Africanism was born in 2001. I cleared that project with DJ Gregory and we had a lot of guests. The story behind it was just create beats for DJs about percussions. Percussions from Africa, percussions from everywhere around the world. So we called it Africanism. We tried to sample something different from disco at that time. Because French Touch we sampled a lot of disco from 95 to 2001. And then it was just the evolution of our work.

Now, Africanism is making a return under the Dutch record label, Armada.  The first release  was three weeks ago—City of Gold. It’s the new track, it will be released on the label. And the re-release will have some remixes and different things. So the young… the kids, the young generation asking a lot about this project. Even Black Coffee and big stars of African beats now are a big fan of it.

UJ: Was there one set in your life that is something that really sticks out or something you’ll always remember?

BS: Yeah, 2005 was a big year for me because I released Love Generation that year. The first time I played Love Generation was at a pool party in Miami for the label Defected and I was really afraid because this track touched me very deeply when I created it. Until the mix I worked hard on it and the collaboration was really new. The music was really strong at the time, so arriving on the market with a track with an acoustic guitar and Jamaican singer was really new. It was something coming from nowhere. So I was really afraid about the reaction, but when I played it under the sun of Miami, the reaction was unbelievable.

UJ: That must have been incredible.

BS: Yeah incredible because all the industry were there and all the DJs, my heroes from Chicago, from everywhere. They came to me and said, “What is that?” So when you create that kind of song and you have the support of the scene, it’s a special sensation.

UJ: That was of the songs that always makes me smile. Like always, every time you heard it you just go nuts. So I hope we’re going to hear that tonight.

UJ: We know we’ll hear some of your other hits too right?

UJ: What was your personal favourite of all the music that you’ve created?

BS: Mine is World Hold On because the harmonies, the hook in the music, the lyrics and the melody Steve Edwards created with that song and those words became a classic. Without the need to be pretentious or anything, but this is the feeling I have that it became a classic for a lot of people. Because a lot of DJs use the a cappella to do remixes and mash-ups. So they are a big fan of it. So I presume that in the future it’s going to stay for the long-term.  I also love Love Generation and Rock This Party and all the songs I made, but this one is very special. There’s a little bit of magic.

UJ: OK. Awesome. So we have one more question. At Urban Journey we’re big foodies and we travel around different cities looking for the best food. So do you have any city that you particularly love for the food?

BS: Yeah, Italia for me. I mean I’m coming from France, so of course I have to choose another country. I love French food, but sometimes it’s a bit heavy. I’m going to go pasta and pizza of course, but you also have the seafood and all the combinations of flavours. The taste of the food in Italy is something very special. I’m especially a big fan of burrata and mozzarella. And if you go in Puglia, you know in the south of Italy where the burrata and mozzarella is from, it’s unbelievable. They have like six or seven different tastes of burrata and mozzarella and when you combine it with focaccia and seafood, it’s really an explosion of taste in your mouth. So Italia is the best country for me.