Music Festivals in the Region 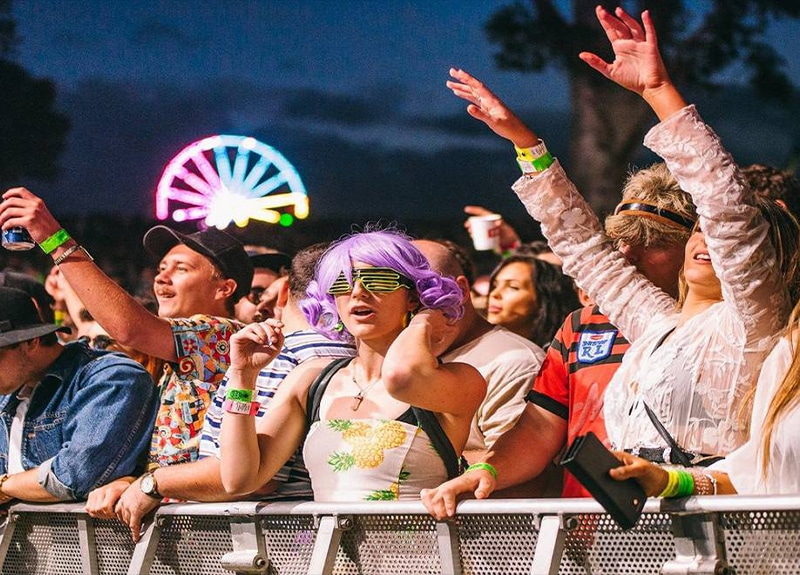 The Big Pineapple Music Festival is one of the biggest music events on the Sunshine Coast with solid lineups of awesome artists performing on multiple stages. Make your way to Pineapple Fields in Woombye to rock out with the crowds to indie, pop and hip hop rhythms. Party peeps will also find plenty of cool art, fab food, and refreshing bevvies on site. 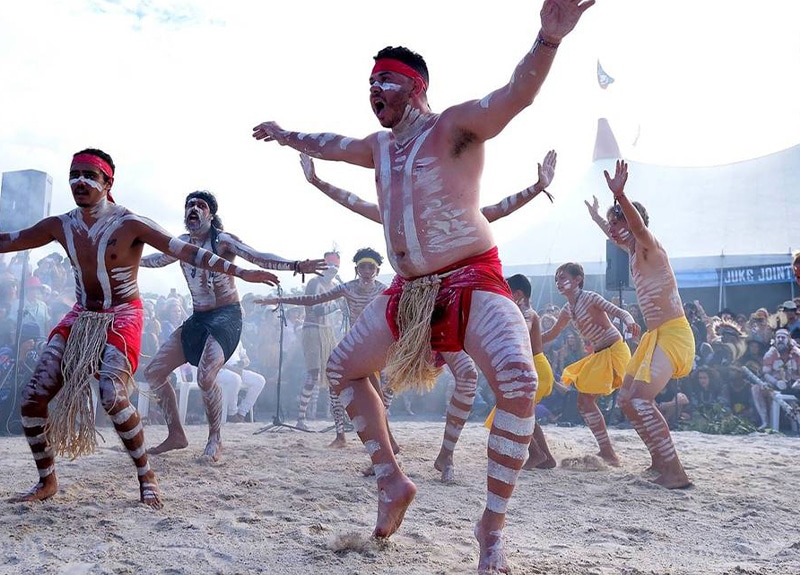 Fans of blues and roots music won’t want to miss Byron Bay Bluesfest, one of Australia’s most awarded music festivals. The festival is now 30 years old and still going strong with over 200 artists and roughly 100,000 festival-goers making an appearance at the last event. Visitors can enjoy five full days of soulful rhythms by internationally acclaimed musicians and up-and-comers, plus great food, drinks, and after-parties. 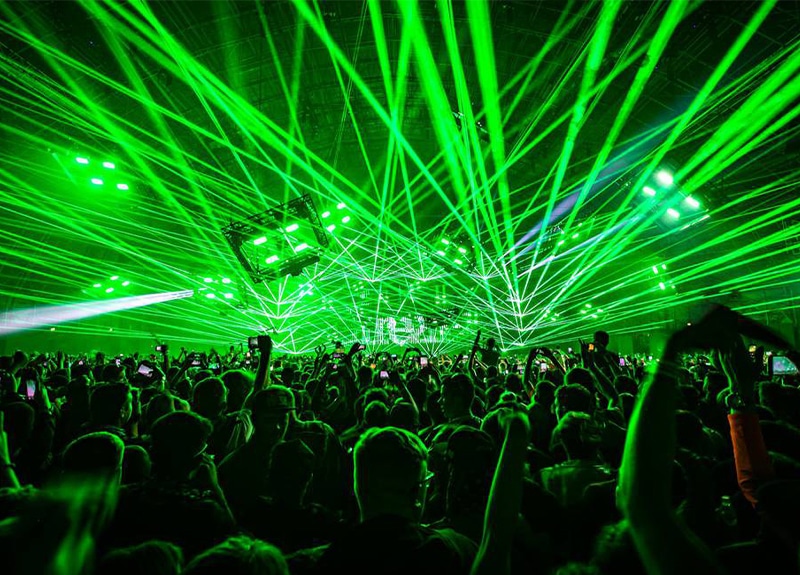 Creamfields is one of the biggest EDM festivals in the world with parties taking place in various locations across the globe. The Chengdu edition kicked off for the first time ever in April 2019 and included headliners like Don Diablo, Andrew Rayel and Fedde Legrand. The event was a huge success, so you can bet the following festivals will be even bigger and better than the first. 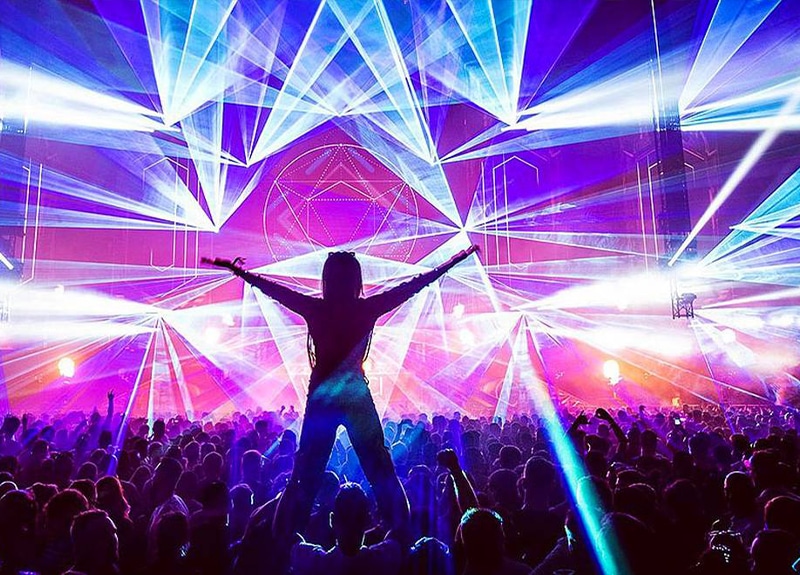 Trance and hardcore heads were out in full force for Evolve Origins, a multi-city event that took place this past Anzac Day in Melbourne and Sydney. Brought to us by the good folks behind the Transmission events, this newcomer to the music festival scene featured headliners like Ben Nicky, Frontliner and Craig Connelly. 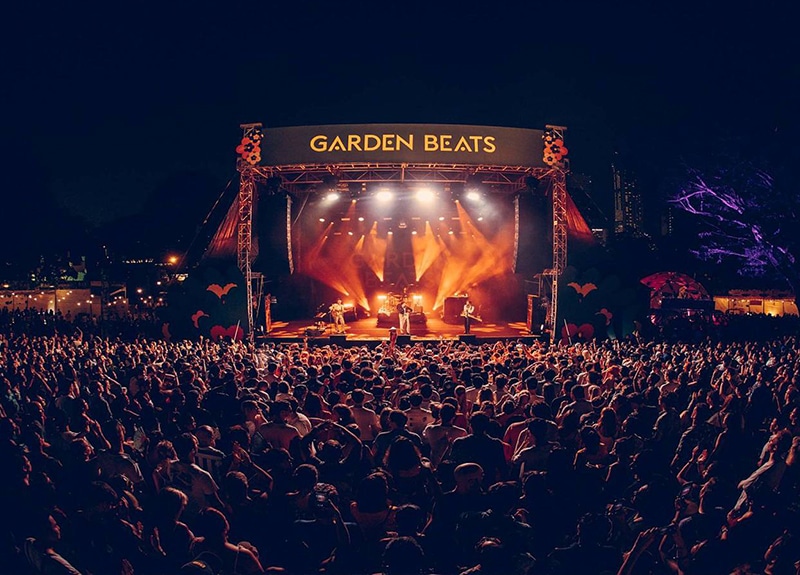 Spend the day dancing with your toes in the grass, chilling out on a picnic blanket and expanding your mind with inspiring talks on how to make the world a better place at Garden Beats, an annual outdoor music festival held at Fort Canning Park in Singapore. In addition to great music, food and vibes, the festival focuses on sustainability with a zero-plastic policy and workshops on green living. 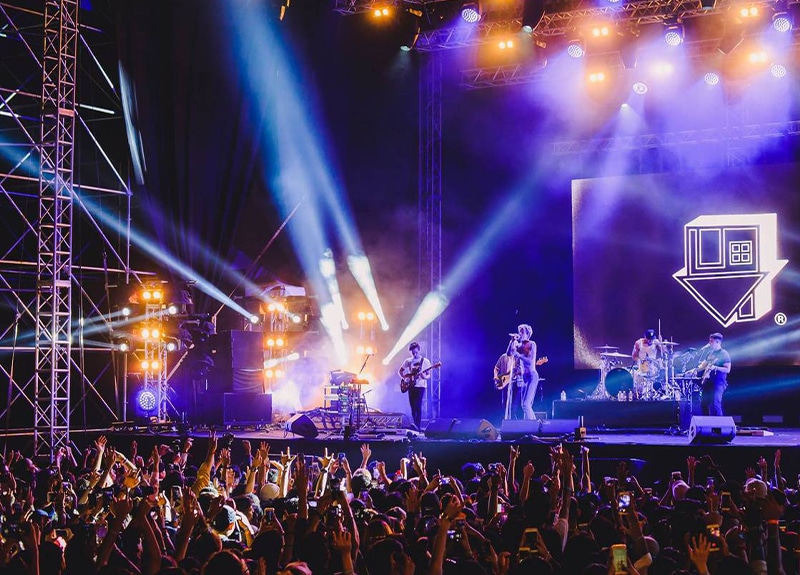 It’s all about grooving in the great outdoors, meeting new peeps and enjoying great music, art and food at the Good Vibes Festival. The festival takes place at The Ranch in Genting Highlands about 45 minutes from Kuala Lumpur, and it showcases an eclectic mix of local and international talent throwing down everything from hip hop to pop, indie rock, and electronic dance music. 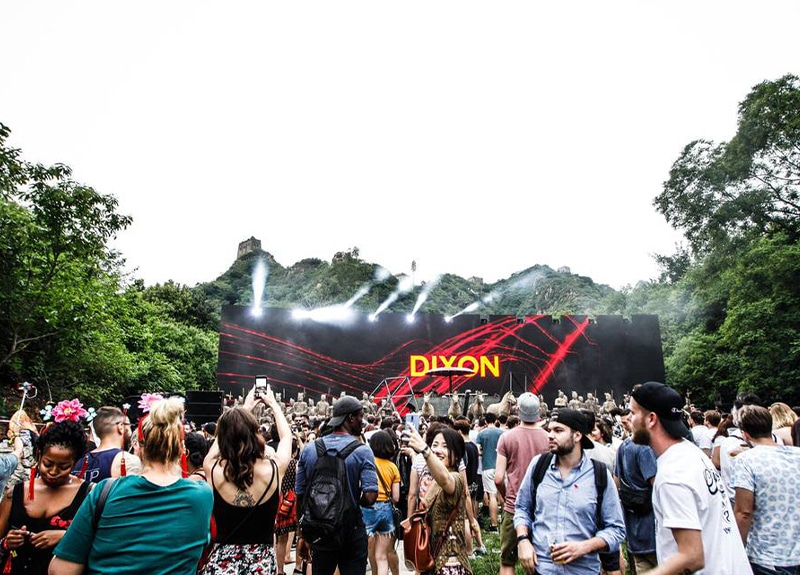 For a festival experience like no other, move your body to mind-expanding techno beats in the shadow one of the Seven Wonders of the World at the Great Wall Festival. Held in the mountains and forests of the Beijing Huaibei International Ski Resort just steps from the Great Wall of China, the festival features world-class DJs spinning on three stages for 30 hours straight. 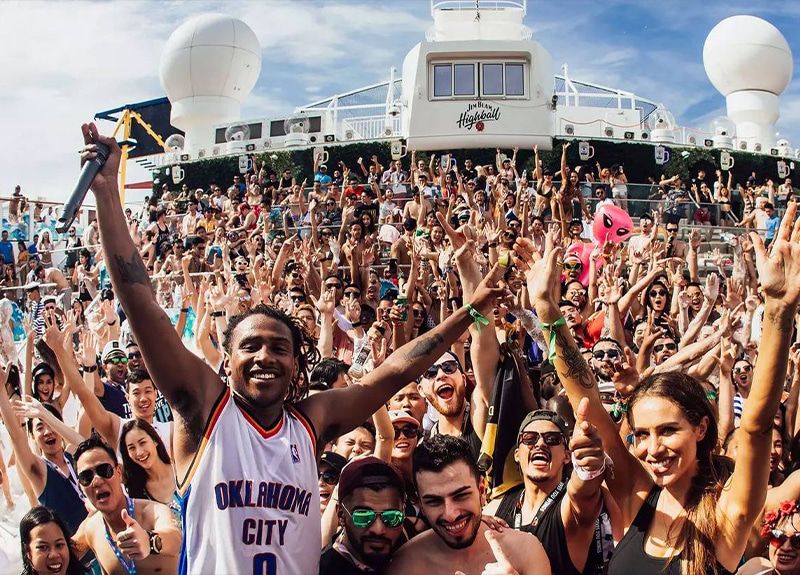 Set sail for three days and two nights of non-stop parties with It’s the Ship Singapore, a fab music festival set on the luxurious Genting Dream cruise ship. While at sea, you can dance to dynamic DJ sets, dine on gourmet eats at 35 different restaurants and bars, and explore the casino, waterslides, theatre, spas, and shops onboard this massive party boat. 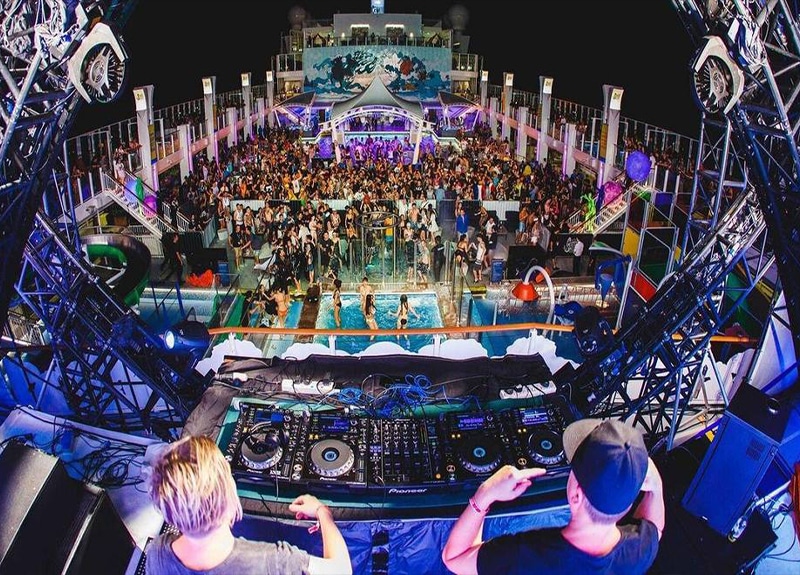 Party all the way from Shanghai to Shimonoseki Island in Japan with It’s the Ship China, an unforgettable floating festival onboard the MSC Splendida. Highlights include incredible EDM sets by renowned DJs, fab food at the ship’s multiple restaurants and a myriad of entertainment options like waterslides, a 4D theatre, bowling, poker and more. 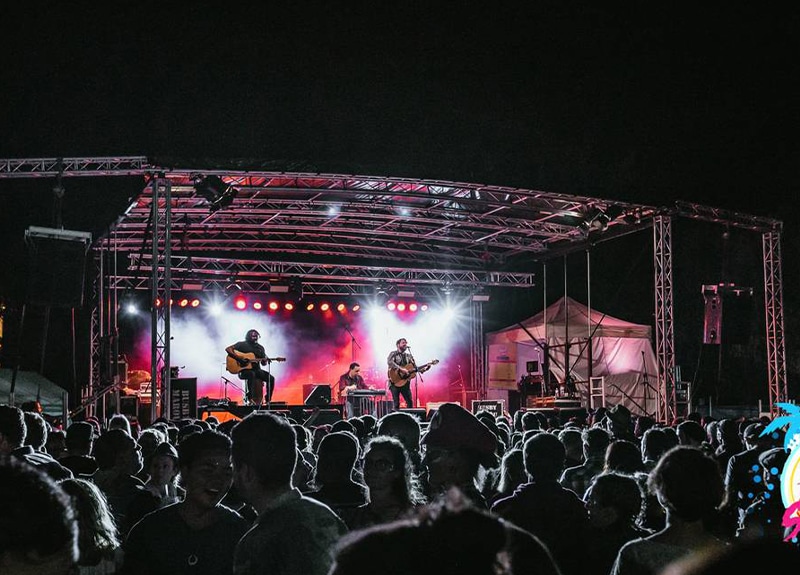 Soak up some Sunshine Coast culture at this easy-going music festival at The Wharf Tavern in Mooloolaba, Queensland. Peruse the food and drink stalls for fresh local seafood, craft beers and ciders as you bop to indie and pop tunes by some of the area’s most celebrated bands and solo musicians. 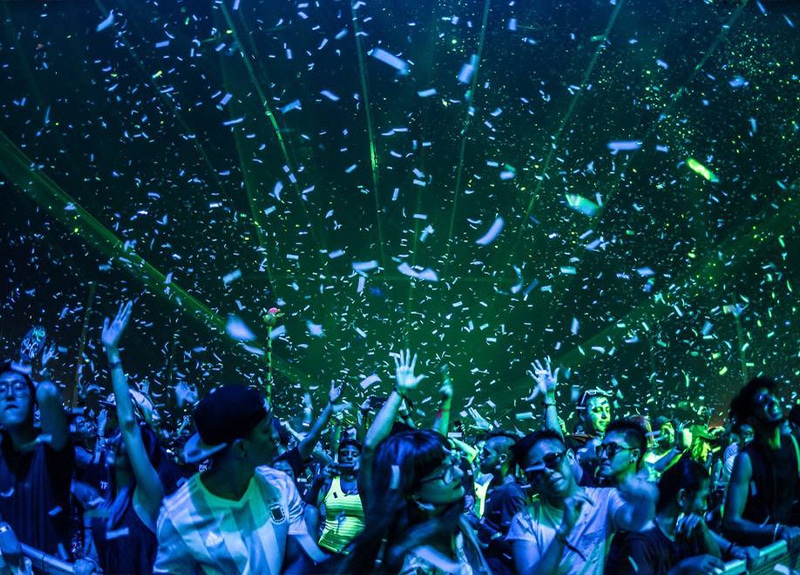 What better way to celebrate the Thai new year than at a four-day blow-out party featuring some of the world’s best DJs? The Siam Songkran Music Festival debuted in April 2019 and included headliners like Afrojack, Darren Styles and Head Hunterz. Party people also had the chance to hit up food booths selling sublime street food, vintage markets for fashion, Muay Thai sessions and Thai cooking classes. 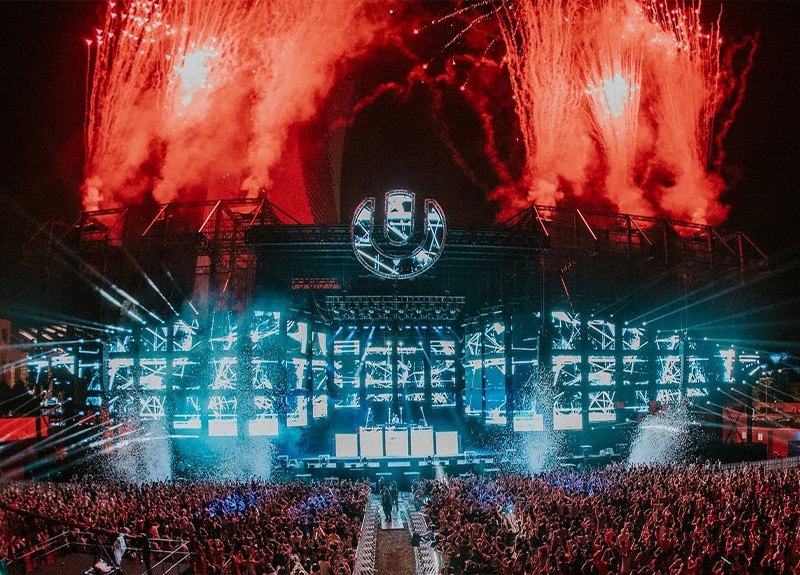 If you’re looking for an epic music experience in Singapore, ULTRA is one of the biggest parties of the year. This legendary two-day event sees some of the world’s best DJs gracing the decks and pumping out killer beats against the backdrop of spectacular visuals and live performances. Past acts have included Josh Wink, Skrillex, Steve Aoki and Afrojack to name just a few. 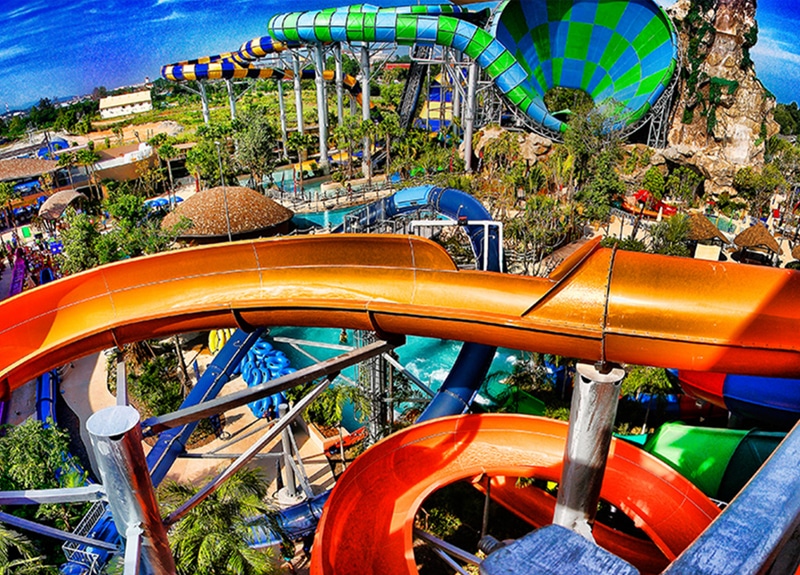 The first ever VOLO festival kicked off this past April at Vana Nava Water Jungle in Hua Hin with a mash-up of urban culture including sick hip hop beats, edgy streetwear, and food trucks galore. Headliners Ja Rule and A$AP Rocky were joined by local Thai talent to get fists pumping and booties shaking all day long. Festival-goers also had the chance to cool off between sets on the waterpark’s wt and wild slides. 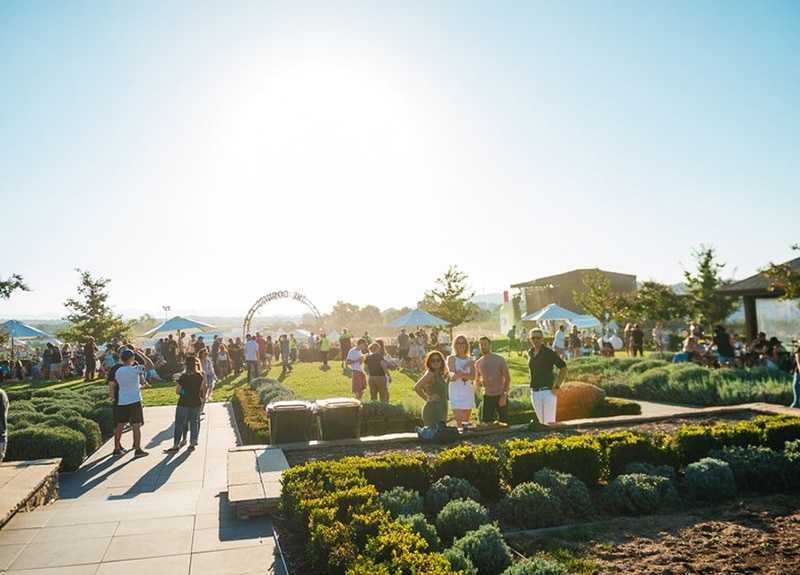 What do you get when you combine divine wines, exquisite food and live music in a spectacular setting? The answer is a fab Australian music festival that showcases some of the country’s best wine regions, products and local artists. Wine Machine takes place at various picturesque locations throughout the year, so you have plenty of chances to give cheers and get your dance on amid the vineyards. 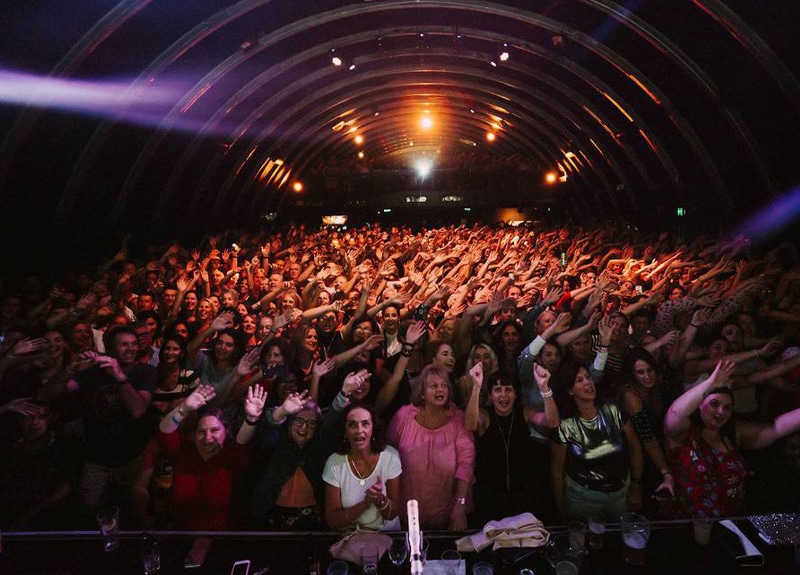 If you’re going walkabout, you could end up at far worse places than Winton’s Way Out West Fest. This quirky outback event transforms the small town of Winton into a rocking off-the-grid destination with two days of insane rhythms by celebrated international and Australian artists. This is a great opportunity to see another side of Australia and experience some really great music.