When word got out that world-renowned chef Marco Pierre White was opening his first restaurant in Asia right here in Singapore, foodies across the island were salivating at the bit to get a seat in the venue. Marco Pierre White is the youngest chef to ever receive three Michelin stars and was considered the first ‘celebrity chef’ in the UK. He’s got a variety of restaurants under his belt and you can now find his first restaurant in Asia on Mohamed Sutlan Road.

After three years in the making, The English House is finally open for business. Of course, being the die-hard foodies that we are, we just had to check it out for ourselves. After all, comfort food is our jam, and we had a feeling that the classic English fare here would tick all the right boxes. 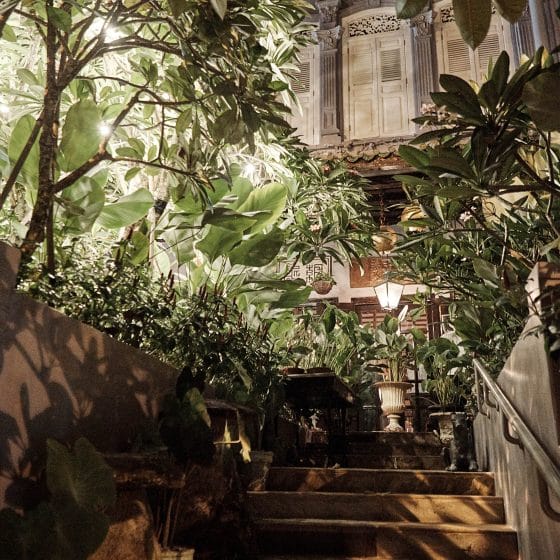 We were greeted at the entrance of the restaurant in true colonial fashion by the same doormen who used to work at Raffles Hotel. We went in a group of four, but unfortunately the group we dined with weren’t huge fans of English food, so in retrospect this wasn’t really the greatest spot for our particular gang. That being said, we were all pretty impressed by the ambiance and we must say the photos don’t do it justice.  The restaurant is spread out across two heritage shophouses on Mohamed Sultan Road, and as soon as you walk in, you’re greeted by a mix of classic English and Straits Chinese architecture, which creates a homey colonial vibe and something unique which we haven’t really come across in any other restaurant in Singapore. You will also find collections of one-of-a-kind heritage pieces around the dining room.

The building is absolutely beautiful and decked out in charming colonial touches that give nods to British and Singaporean culture like marble-topped tables, lots of rich wood, and black and white photographs of English icons. The dining room features low Carrara marble tables flanked with kopitiam-style chairs with padding on the seats to ensure comfort. The property also includes 18 rooms for rent on the upper levels that are slated to open later this year, so we can see the venue becoming a destination above and beyond just the food.

For our meal, we started with the English oysters (market price) with red wine shallots and fresh lemon, followed by the roast free-range chicken ($75), and the fresh asparagus with truffles ($28).  The highlight for us was for sure the asparagus, as you could really taste the freshness and the truffles added another kick of flavour. Other than that, everything was great, but we didn’t eat all that much, so it’s a bit hard for us to give a fully rounded opinion of the menu. We’re already planning to come back another time with a group who enjoys comfort food.

We must say that the price point at the restaurant is pretty high. The menu offers authentic English dishes like the braised Black Angus beef pie ($49) and the classic fish n’ chips ($98) made with English turbot and served with beef fat chips, marrow fat peas, and tartare sauce. There’s also a vegetarian menu with six options for non-meat eaters. We’re definitely curious about those $98 fish n’ chips… 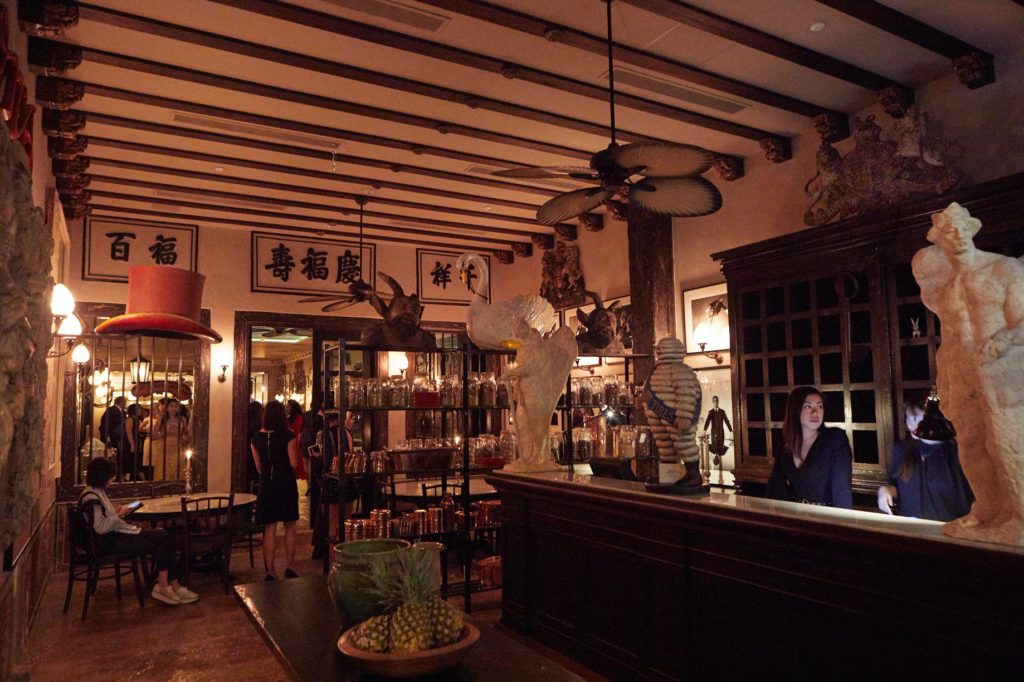 Marco Pierre White is considered the ‘bad boy’ of English cooking because he is notoriously outspoken and earned a reputation for being hard on other chefs in the kitchen. That toughness paid off though because in 1994 he was the youngest chef ever to be awarded three Michelin stars. Although he later gave the stars back when he retired, he went on to become a restaurateur, and we’re happy he did because The English House is one of the most exciting new openings in the Singapore dining scene. 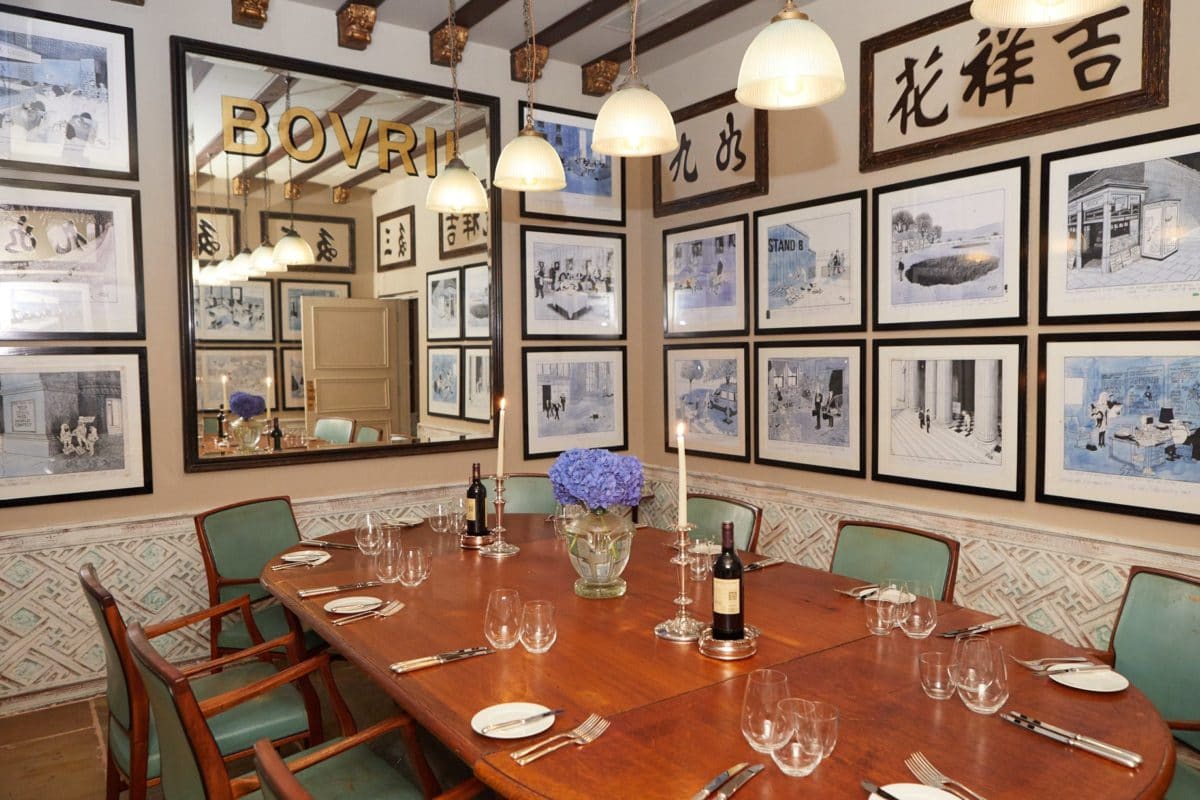 Yes, if you’re looking for some authentic English fare, definitely come and check this spot out. You’ll dine in a beautiful setting and there are tons of menu options to choose from. It’s also perfectly set up for large groups with three different dining rooms that can seat up to 150 people combined and a separate private room, so a great place to book if you’re planning a celebration. There is also a beautiful private room with dining (pictured above). Private diners can enjoy sitting among bespoke table and chairs previously from Rolls Royce boardroom. The walls are lined with a collection of works by famed cartoonist Raymond Jackson.

*Images sourced from The English House