Vive le France! Home of haute cuisine, top-notch fromage, and the world’s finest wines; we can’t get enough of its exports. And when it comes to French restaurants in Singapore, we’re spoilt for choice; from traditional eats in cosy Parisian-style bistros to modern gastronomy at sleek Michelin-starred eateries. Whether you’re looking for an easy-going brunch filled with flaky French pastries, an after-work cheese plate with a few glasses of wine, or a romantic fine dining experience, these are 10 of Singapore’s best French restaurants for rillettes, steak frites, champagne, foie gras, and more. Bon Appétit! 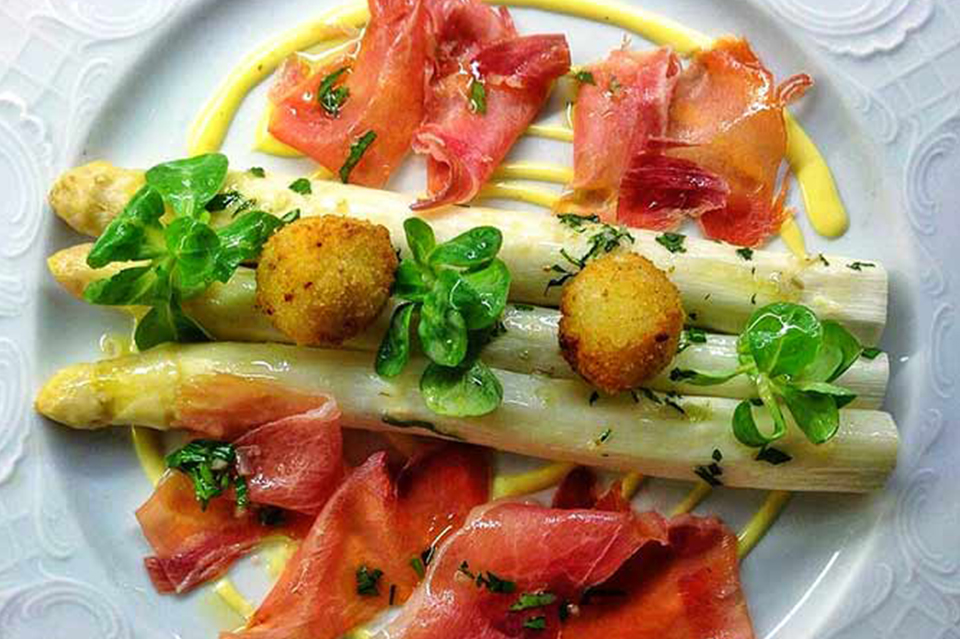 Authenticity is key at Brasserie Gavroche, a Parisian-style bistro serving classic French dishes like moules frites, soupe à l’oignon, vol-au-vent with seafood, escargots de Bourgogne and steak frites with béarnaise sauce. Chef-owner Frédéric Colin was born and raised in Paris and his traditional recipes were passed down to him by his grandfather, who was a chef and restaurateur; expect spot on flavours and cooking techniques. 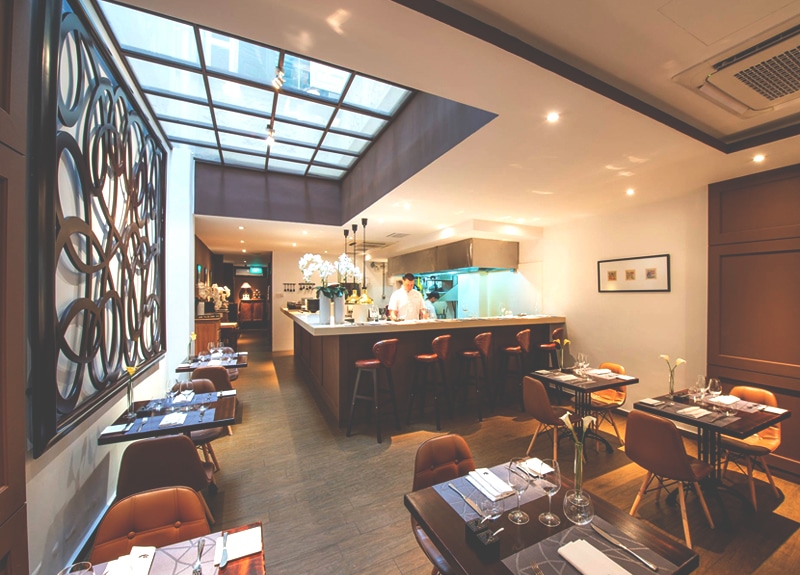 Named after the artisanal French salt that graces its tables, Fleur De Sel is a hidden gem on Tras Street. Chef-owner Alexandre Lozachmeur has worked in fine dining restaurants around the world and has finely honed his craft to create modern French dishes that veer towards the lighter side. And like any fine French restaurant worth its salt (pun intended), it also has a stellar wine list with an extensive selection of champagnes and other French labels. 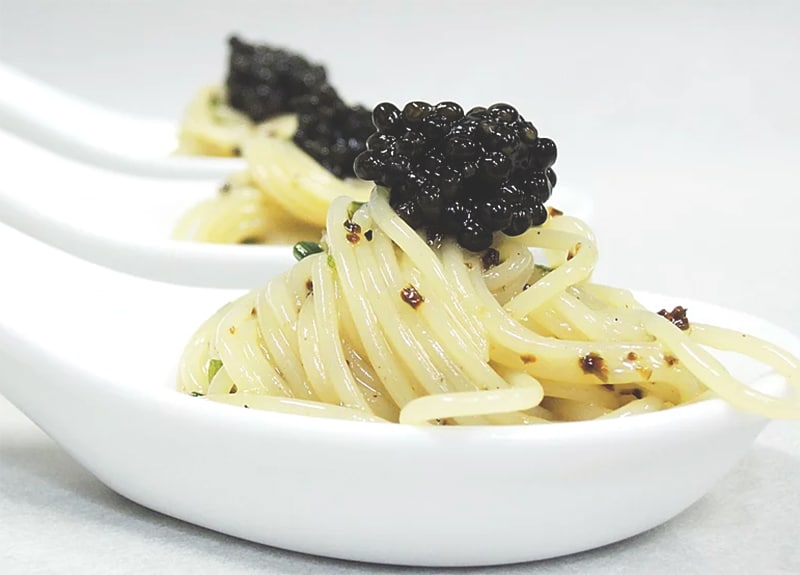 After helming the kitchen at Les Amis for five years, Belgium-born chef Gunther Hubrechsen opened his namesake restaurant, which has since earned heaps of accolades including a notable mention in the Michelin guide. The food here is contemporary and indulgent with ingredients like langoustines, Oscietra caviar, and roast suckling pig gracing the menu. Save room for dessert because he does an amazing tarte tatin with Havana rum raisin ice-cream. 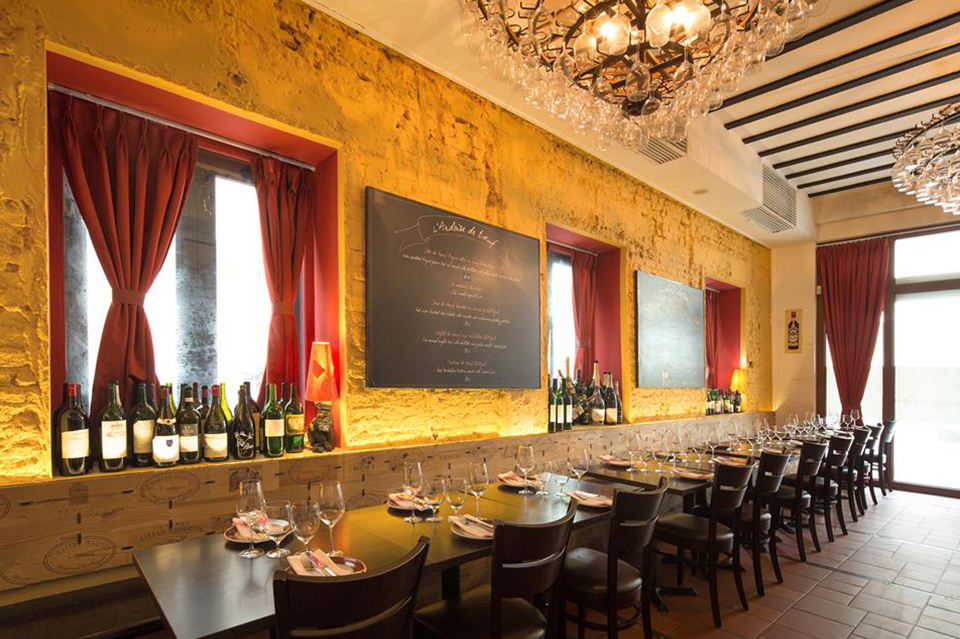 Le Bistrot du Sommelier is a classy little joint where you can indulge in classic, slow-cooked French cuisine and a solid selection of natural wines. The downstairs dining room has a rustic chic vibe, but we prefer the Rillette Bar upstairs for its cosy feels that make a great spot for a group dinner, birthday bash, or even solo dining at the bar. Ask sommelier Zal for a good wine recco to go with your charcuterie, rillettes, and cheese. 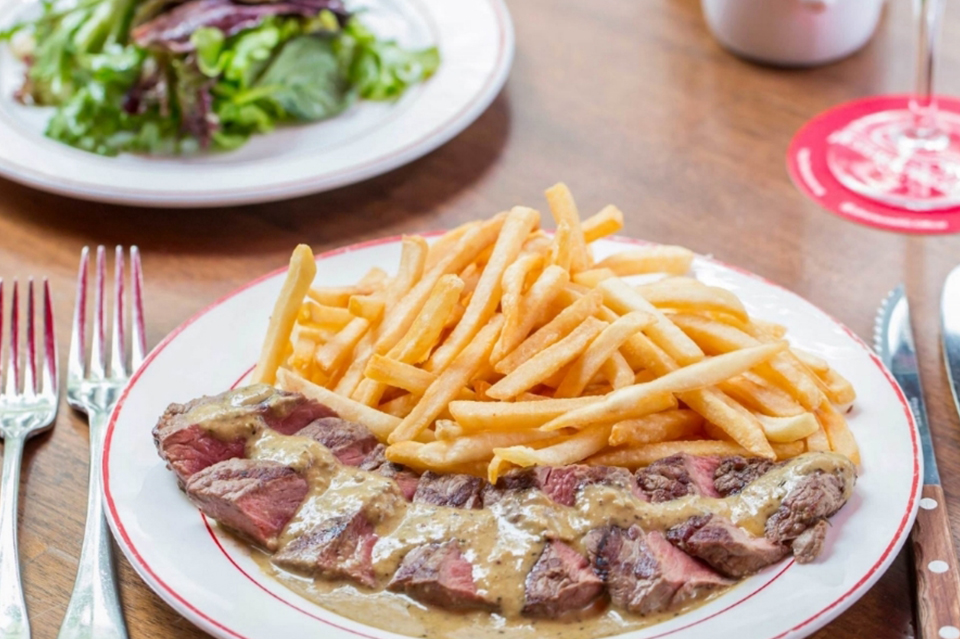 Cheap and cheerful, L’Entrecôte is a long-time French favourite and well-known gem in Singapore. The speciality is the entrecôte (obvs), a premium cut of beef rib cooked to your liking, slathered in a secret sauce, and served with an unlimited flow of crispy golden fries. Other options include oven-baked bone marrow, foie gras terrine, and cheese platters. Bonus points for the complimentary aperitif that kicks off every meal. 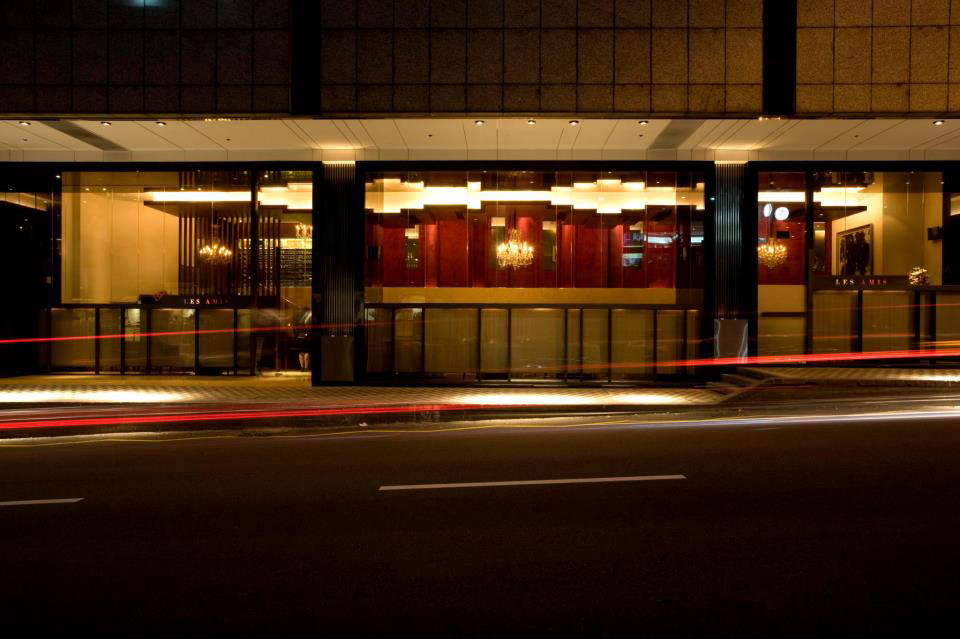 With elegant interiors, sophisticated French fare showing hints of Asian influences, an award-winning wine list, and not one, but two Michelin stars, Les Amis is ahead of the fine dining game. Executive chef Sebastien Lepinoy and his talented crew use seasonal produce from farmers and fishermen in France to create innovative dishes like the hot sea urchin soufflé with anise sauce and caviar, roasted Challons duck a l’orange, and sweetbreads cooked in a cocotte. Save this one for a special occasion.

Brought to us by the same French couple behind Ô Comptoir and Ô Batignolles, Merci Marcel features a lovely lounge in front, a retail shop inside selling cheeses, wines, and tableware, a bright dining room with mosaic-tiled floors, and a garden patio with lush greenery. The menu is simple but enticing with French fare like organic egg dishes for brunch, and mains like steaks, tarte flambees, and grilled chicken with crispy Bayonne ham. 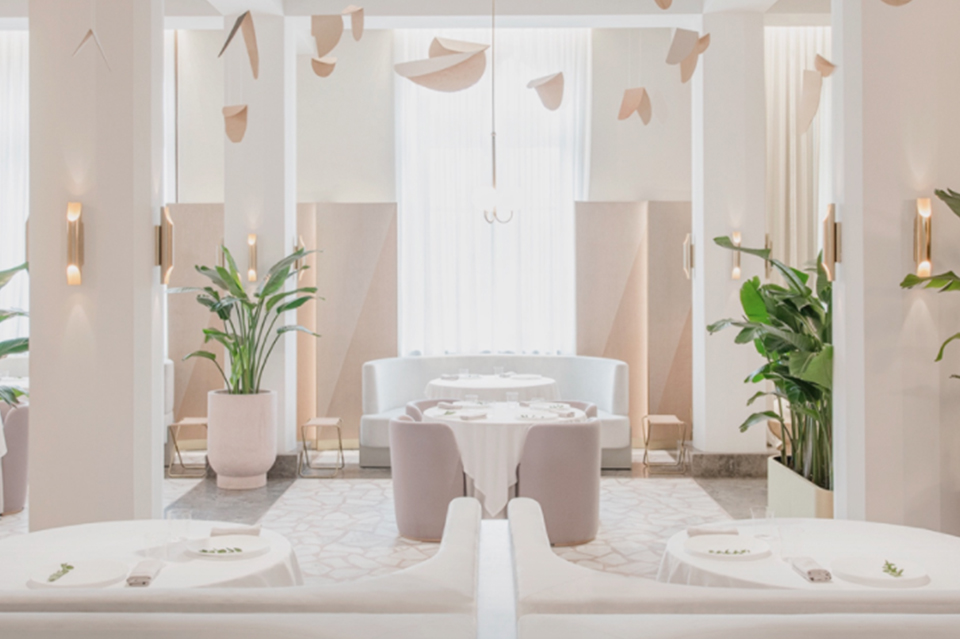 Chef Julien Royer grew up in a family of farmers who encouraged him to create simple food prepared with the purest seasonal ingredients, and that’s exactly what he does at Odette, which he named after his grandmother. Staying true to his roots has served him well, Odette recently earned the #9 position on the Asia’s 50 Best Restaurants list (the highest ranked restaurant in SG) and two Michelin stars. Expect bright modern interiors, a glass-encased kitchen, and refined dishes showcasing artisan produce. 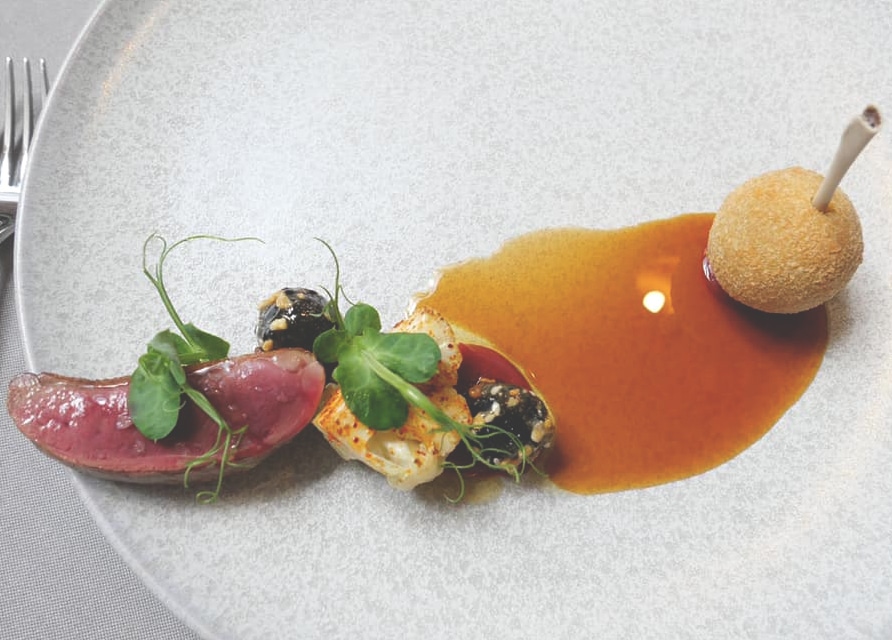 It may sound limiting to have a dining room with just seven tables, but that’s all part of the charm at Rhubarb Le Restaurant, a Michelin-starred spot in Duxton Hill. The open kitchen adds to the immersive experience and allows patrons to catch glimpses of the chefs in action as they prepare classic French dishes with modern gastronomy twists. The menu changes often, so your meal could include anything from foie gras to confit pigeon to toothfish. 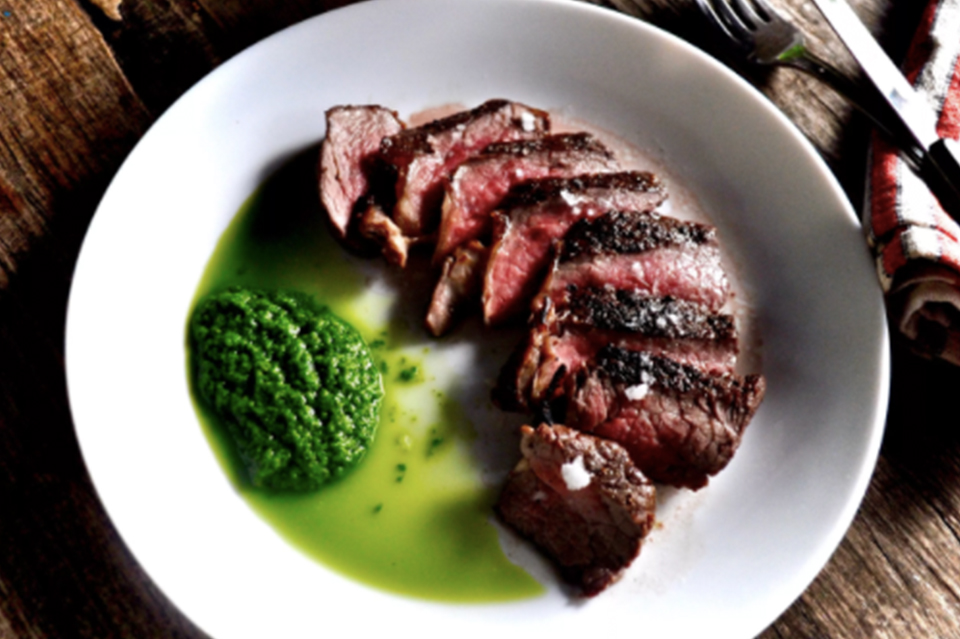 We shed a tear upon hearing Cocotte was closing its doors a while back (we still pine for the insanely good roast chicken). Thankfully, Chef Anthony Yeoh is back in action along with chef Christopher Soh at Summerhill, an easy-going French bistro where simple, yet superb eats dominate the menu. It goes without saying the signature roast chicken served with homemade gravy is a must-order. C’est délicieux!