Everything you need to know about Ultra Singapore 2019

Hey ULTRANAUTS! ULTRA Singapore is back for its fourth edition and this year is going to be the most insane yet. We’re talking some of the world’s best EDM DJs, out-of-this-world sound systems, light shows and visuals, and all sorts of extras like fab food and drinks, live performances, limited edition merch and more. We got the insider deets on what to expect at ULTRA this June from the all-star lineup to amazing food vendors, ticket and wristband info, and cool stuff to do pre and post-festival. Here’s everything you need to know to have the ultimate ULTRA experience. 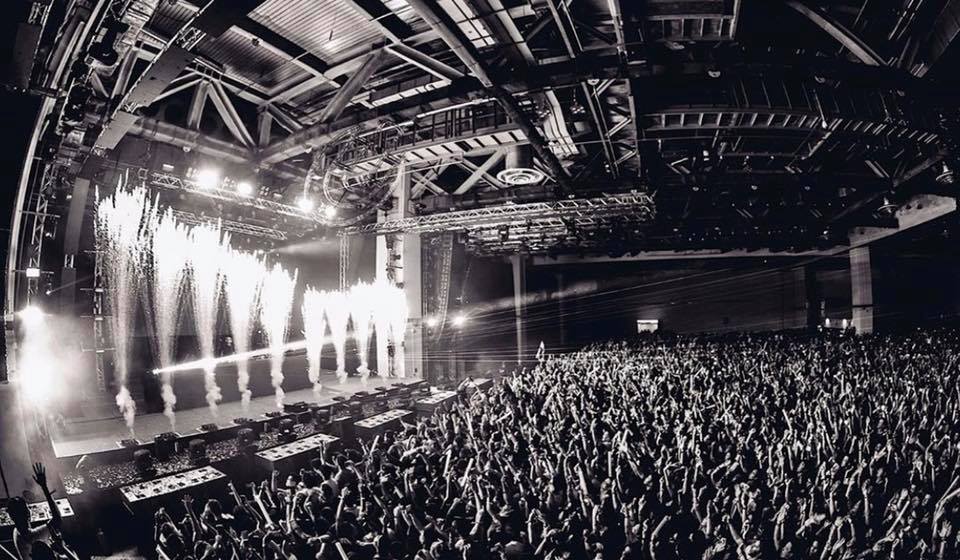 THE BASICS
When: Saturday June 8 & Sunday, June 9. Gates open at 6pm and the festival ends at 2am
Where: Ultra Park, 1 Bayfront Avenue, Singapore
Tickets: Tickets range from $158 to $268. Get your tickets here. 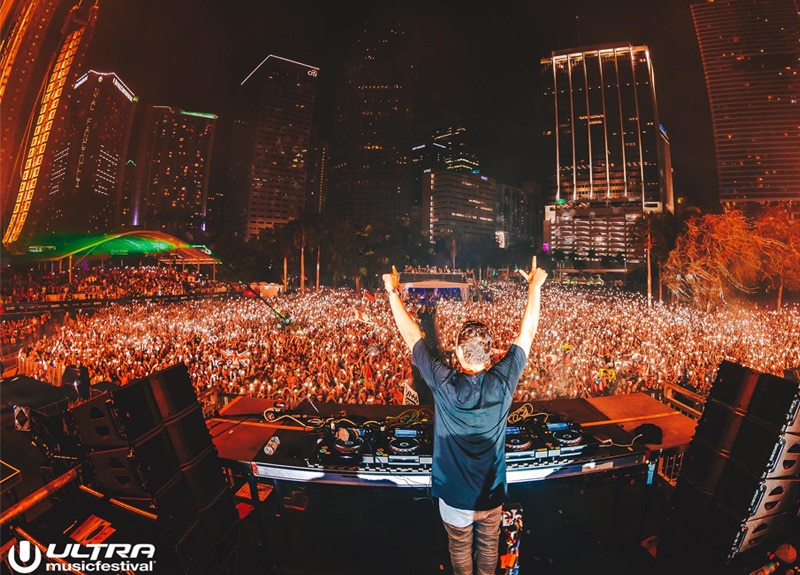 As always, ULTRA Singapore will be bringing in some of the biggest names in the EDM world to throw down big beats, soulful rhythms and masterful mixes. Party-goers can rock out at three different stages where genres include everything from deep house to hip hop, techno and experimental sounds. Headliners on the main stage include Martin Garrix, who has held the number one place on DJ Mag’s Top 100 DJs list for the last three years, Grammy-award winning music producer Skrillex, and Grammy-nominated electronic music visionary Porter Robinson. Then on the Resistance stage you can catch top-notch artists including Josh Wink, Jamie Jones, Eats Everything, and Art Department.

Main Stage
Headlining the main stage is Dutch DJ and producer Martin Garrix, who rose to fame with his breakout hit Animals in 2013 when he was just 17 years old. From there Martin continued to climb through the EDM ranks and he has now held the number one place on DJ Mag’s Top 100 DJs list for the last three years.

Porter Robinson will also be gracing the main stage with a live set where he’ll unleash his signature futuristic sounds. Peter was nominated for a Grammy award in the Best Dance Recording category for his track Ghost Voices on his debut EP, which features a mix of jungle, trance, two-step and hardcore.

Finally, Skrillex will complete the main stage trifecta. The DJ, singer, songwriter and producer has won numerous Grammy awards including Best Dance Recording for Where Are Ü Now and Album of the Year for Purpose. You never know what he’s going to throw down next, so this is one set you don’t want to miss.

Resistance Stage
You can bet the Resistance Stage will be going off the hook when Josh Wink hits the decks. An iconic figure in the EDM scene, Josh has gifted us with legendary tracks like Higher State of Consciousness, Stay Out All Night, and Resist. He takes inspiration from all music genres, so his set could include anything from acidic breakbeats to hard-hitting hip hop.
If melodic techno is your jam, then you’ll definitely want to catch Jamie Jones on the Resistance Stage. Known for his soulful sounds, Jamie is a world-renowned DJ and producer, Hot Creations label boss, founder and curator of the Paradise global event series and a member of cross-genre band Hot Natured.
Eats Everything (aka Daniel Pearce) is another one not to miss, as this Bristol-based artist is always tuning in to the mood at the moment rather than meticulously planning out sets before reading the room. He’s renowned for his non-nonsense European house and techno with a British twist. Expect bouncy beats and flawless mixes.
Last but not least, Art Department is sure to get the crowds amped up at the Resistance Stage. The duo consists of Canadian techno and house legend Kenny Glasgow and Jonny White, owner of the No.19 label. Both artists have released a slew of critically acclaimed records and are regarded internationally as two of the most revolutionary underground producers in North America.

ULTRA WORLDWIDE FOOD STREET
This year ULTRA Singapore is taking the culinary offerings to a whole new level with the ULTRA Worldwide Food Street where vendors will represent various countries that ULTRA takes place in. Take a gastronomic journey around the globe with mouthwatering eats like Japanese donburi bowls and sushi, Mexican tacos and esquites, spicy Korean stir-fries and Singaporean hawker stall favourites. Here are just a few of the vendors offering up enticing eats.

Uma Uma
Originally established in Fukuoka in 1953, Uma Uma is famous for their authentic Japanese eats. The festival specials will include a classic lobster roll with a Japanese twist, a karaage roll with juicy fried chicken nestled in a soft, fluffy roll, and donburi rice bowls topped with crispy karaage chicken marinated in a secret spice blend or tender braised beef.

El Tardeo
El Tardeo will be representing Spain at the ULTRA Worldwide Food Street with tantalising tapas that will fuel you up without weighing you down. Favourites from the menu include the Patatas Bravas, waffle-fried potatoes with a zesty tomato sauce, Iberico ham croquettes, and the crispy baby squid with citrus-infused mayo.

Shiso
If you’re looking for affordable bite-sized eats to go with your beers, Shiso is your spot. This Japanese catering company will be offering up crispy chicken karaage with Japanese mentaiko sauce and scallions, charcoal-grilled chicken yakitori and juicy beef meatball skewers. We bet you won’t be able to stop at just one!

Sofnade
Comfort food is the name of the game at Sofnade. Pop by the stall for homey bites like the classic meatballs with twister fries and mashed potatoes in a bucket, topped with your choice of cheese, signature meatball sauce, brown sauce or cranberry. You can also grab mouthwatering sausage buns and prawn paste chicken bites with sambal belachan.

Camp Kilo Charcoal Club
Camp Kilo is famous for their hearty roast meats that are slow-cooked over a fire for hours. They haven’t released their menu for ULTRA yet, but you can bet whatever they bring will be smoky, succulent and spiced just right. Think juicy roast chicken, crispy pork belly and spit-roasted pig with sides like cornbread and potato rolls.

Get your game on in between DJ sets at Danish Breweries’ beer pong competition where teams of three take turns throwing a ball into the other team’s bucket. Land the ball in the bucket and your opponents have to drink a sip of beer. The team that successfully hits all of their opponent’s cups wins the game and gets to stay at the table to take on the next team. If you manage three consecutive wins, your team qualifies for the finals on Sunday. Win the finals and your team will walk away with a one-year supply of Draft Breweries Denmark beer.

Singapore’s home-grown brand, LiHO TEA is proud to be the official lifestyle tea partner of Ultra Music Festival 2019. Stop by their air-conditioned lounge in ULTRA Park to sample best-selling beverages like the Da Hong Pao Milk Tea and Brown Sugar Pearl Fresh Milk. They’ll also be serving alcoholic bubble teas that will keep you chill in the day and grooving through the night. Be sure to snap some shots at their exclusive photo spots and join in the games for chances to win attractive prizes.

SEPHORA
Calling out all beauties! Sephora is pleased to partner Ultra for an amazing immersive experience in beauty and music.
Want to stand out from the crowd? Check out the coolest festival looks at Sephora (sephora.sg/pages/festival-beauty) or ask a Beauty Advisor for help at our make-up booth from 4-7pm. And when you spend $50 at Sephora Marina Bay Sands, you’ll receive a tarte Amazonian Clay 12-Hour Blush in Paaartyy—just flash your ticket or wristband! *Promotion valid until 30th June*
Note to self: take a selfie at the Instagrammable Sephora life-size lip swing.

The ULTRA Singapore gates will open at 21pm on Saturday and Sunday, and there are tons of reasons why you should be there right at the start:

THINGS TO DO BEFORE & AFTER THE FESTIVAL

Arrive early and head to Wonderland at the ArtScience Museum

Fall down the rabbit hole into Wonderland, an immersive, playful and interactive exhibition that uses eye-catching theatrical sets, bold, interactive environments, cool props and amazing audiovisual artworks to bring the magical world of Alice in Wonderland to life.

Enjoy late-night shopping and dining until 11pm on weeknights and 11:30pm on Fridays and Saturdays at The Shoppes. You’ll be spoilt for choice with over 270 brand-name boutiques and gourmet dining options.

Fuel up before the festival at:

It’s all about Asian-inspired dishes and drinks at Adrift by David Myers, a modern take on the traditional Japanese izakaya. Must-try dishes include the uni crab slaw, Iberico pork loin and a variety of wood-fired steaks grilled over bincho charcoal on a robata grill.

Feast on super stacked gourmet burgers at Black Tap like the award-winning Greg Norman Burger with wagyu beef, house buttermilk-dill dressing, blue cheese and arugula served on a potato bun. Be sure to try one of the famous over-the-top CrazyShake milkshakes loaded with sweet treats.

If it’s American comfort food you’re craving, Yardbird is your spot. Try the waffles with fried chicken and watermelon or the decadent, yet homey lobster mac & cheese. They also do an awesome brunch with dishes like the smoked salmon avocado toast and ‘funfetti’ pancakes.

Continue partying after the festival at:

Keep the good vibes flowing at the official ULTRA after-party held at Marquee, Singapore’s newest and largest nightclub. Highlights at the club include a full-sized ferris wheel, a three-storey high slide, and a world-class entertainment lineup.

Kilo Lounge is a leading force in Asia’s vibrant dance music scene, presenting the most respected international and local names to a discerning club audience. With the impending return of the Resistance stage at Ultra Singapore 2019, Kilo will be showcasing some of its acts at the official Resistance After Party at Kilo Lounge. With the club’s industrial-themed interior and its unmatched intimacy — it’s called “the ultimate living room” for a reason — you’ll get to experience these Resistance acts unlike ever before.”

Get rewards for spending with the Sands Rewards Lifestyle Membership

As if the offerings at Marina Bay Sands weren’t enticing enough, you can get fab rewards just for spending at the shops, dining venues and hotel. Simply sign up for your free Sands Rewards LifeStyle card at any membership counter and you can earn up to 10% instant Reward Dollars at over 200 Sands Rewards outlets.